Repeal of the ACA Individual Mandate Not Really a Big Deal? 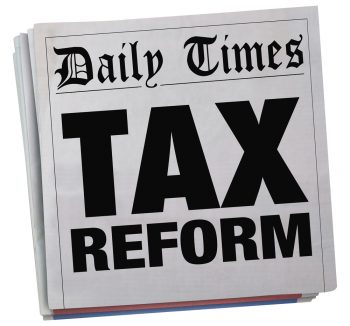 As Washington works toward a tax bill that works, some have said repealing the ACA Individual Mandate could be devastating – but how much impact would it really have on consumer choices?

The tax penalty for not having insurance is far less costly than what many people would have to pay for insurance coverage, many have already opted to take the fine. The mandate has always been regarded as a “week mandate” by analysts. Even the Congressional Budget Office is rethinking the impact repealing it would really have.

Since many have already chosen to take the fine instead of purchasing health care insurance, the repeal may not have the impact of “spiking premiums” that have been tossed around by those who oppose the repeal.

It is estimated by Senate Republicans that repealing the mandate would give the GOP an estimated $338 billion more to spend on tax cuts, because removing the penalty might keep otherwise healthy people from enrolling – thereby lowering the amount of money the federal government pays in subsidies.

While John Baackes, CEO of L.A. Care Health Plan, thinks that eliminating the mandate will “pull the plug on the individual market” health care finance experts acknowledge that the penalty has been a limited enforcement tool. The maximum of $695 or 2.5% of gross income is far less than what many Americans would pay in premiums. This leads one to surmise that its effect on consumer behavior may be overstated.

Republicans are positioning the repeal of the mandate as a “middle-class tax cut” because most of the people that paid the penalty in 2015 made under $50,000.

Along with the proposed repeal there is a bipartisan deal on the table to fund Obamacare’s cost sharing reduction program. This is the program that will help low-income people pay their out-of-pocket health costs. The bill would provide two years of funding for the program (which President Trump cut off in October), This would bring down premiums in 2019 and trigger rebates for consumers in 2018, according to Republicans.

Ultimately, we have to wait and see. Democrats are very much against the repeal, even if it would mean Republicans will support the bill to re-instate the funding.