Your Roadmap to Medicare: Navigating the Twists and Turns of Healthcare 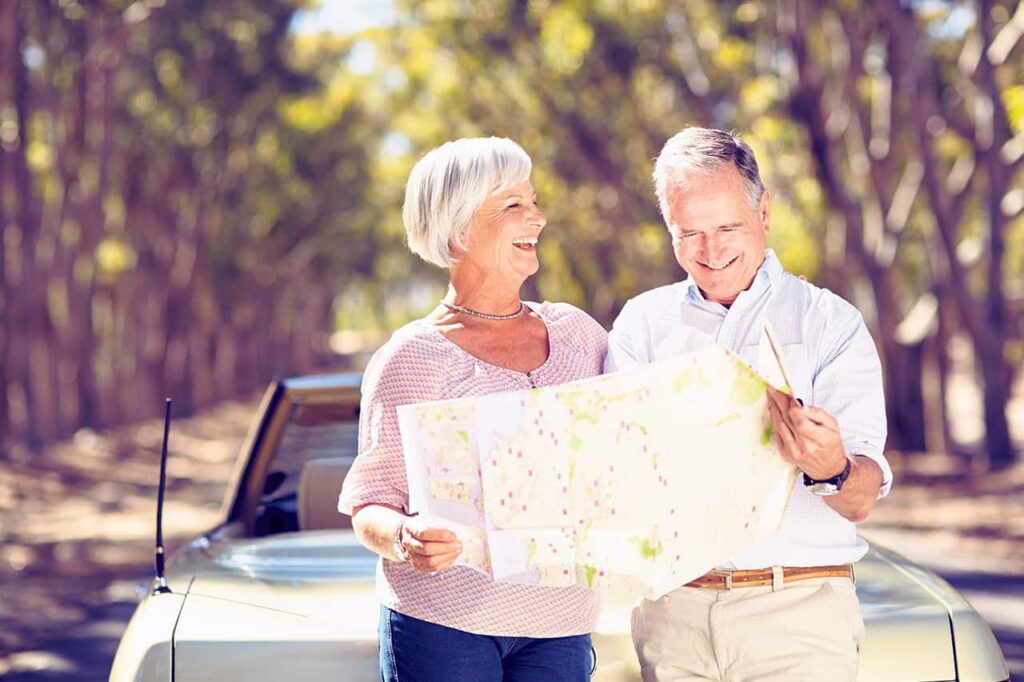 Before the days of Siri, GPS, or even printing directions online, physical maps were the way countless travelers braved the open highway. Many folks over 60 are reminiscent of the days of pulling the folded state highway map from the glovebox and finding their way without a robot telling them where to go. Of course, those folks also often have stories to share of confusing street signs, an unfortunate tear in the map over a key intersection and having to occasionally stop and ask a local for directions.

In many ways, going onto Medicare can feel like navigating down those curvy unknown roads. With the surplus of mail seniors get this time of year and around their 65th birthday, sometimes the surplus of roadmaps just don’t make sense.  But unlike your childhood family road trips there is no need to fuss over stopping to ask for directions.

Local brokers like Stacey Johnson and her team of agents at Your Insurance Gal Agency prioritize educating you about your Medicare options. The most important thing to realize is that no one’s Medicare paths are going to look the same. The route that the neighbor has been raving about may not serve your unique needs well at all.  The good news is that even though no two Medicare journeys are exactly alike, they do follow very similar paths and guidelines.

The Medicare Act was passed in 1965 under President Lyndon B. Johnson. The framework of the program provided hospitalization and medical coverage for citizens age 65 and older. These pillars of coverage are known as Parts A and B and together make up what is known as Original Medicare.

Medicare Part A covers hospitalizations and generally begins the month that you turn 65. Medicare Part A does not cost anything to be on as long as you have worked for more than 10 years in the United States. Medicare Part B covers medical expenses and in 2020 cost $144.60 a month for most people. Medicare Part B has a deductible of $198. After you pay $198 in medical services, Medicare will begin paying 80% of your medical bills and you are responsible for the remaining 20%.

After signing up for Medicare Part B, you’ll be able to enroll in either a Medicare Advantage or a Medicare Supplement plan along with a stand-alone prescription drug plan.

Medicare Advantage, also known as Medicare Part C, is a popular alternative to the first option. It is very similar to group health insurance that you’ve had during your working years. These plans have networks and you generally pay flat copays or co-insurance for medical services as you go along. It is technically still a part of Medicare, but it is not sold or managed by the federal government. Instead, the government sets minimum standards the plans must meet, but private insurance companies sell and administer the plans. These companies are in competition with one another to provide better benefits at lower rates, so the plans often change from year to year as new coverage options come onto the market.

Regardless of whether you would prefer to take the Medicare Advantage or the Medicare Supplement route, getting onto Original Medicare (Parts A and B) is the start of everyone’s journey. You can look into applying for Parts A and B of Medicare with the Social Security Office either online or in person.

So, if you’re at the beginning of your Medicare journey, feeling lost in all the options, or just want to see what other paths are out there, don’t waste your holiday season fretting over paperwork. Call the agents at Your Insurance Gal Agency for Medicare supplemental plan guidance and then sit back, relax and enjoy the ride to better benefits.